Will Social Security Run Out?

Will Social Security run out? 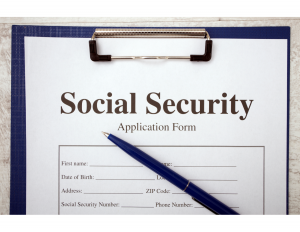 Personally, I disagree with these articles and believe Social Security will be available in some form for future generations because it helps too many people.  The perfect example would be the recent stimulus packages.  The citizens of the United States need help, so the government found a way to help.  Do you think they had $1.9 trillion hidden in President Biden’s mattress waiting for a rainy day?

Let me tell you a story.

In the Spring of 2004, I was in my last personal finance class at NC State University.  On the first day, someone asked the professor, “Will Social Security run out?”  Seventeen years ago we were asking the same questions, yet Social Security is still there.  Funny how no matter how the world changes through the ages, the concerns of human beings stay the same…but I digress.

The professor’s response to the Social Security question was priceless!  He said Social Security wasn’t going anywhere.  Of course, he got some smirks before he explained.  Social Security provides money for the elderly and people with disabilities, right?  These demographics may not get much attention because they rarely attend protests or rallies, but they vote.  They also vote in extremely high numbers.  Can you imagine the uproar caused by the politician who does away with Social Security?  Nobody wants to be the person who forces our grandmothers to live on the street.  It would be political suicide!

To me, his theory was one of the smartest things I had ever heard!  However, it was hard for my classmates and me to understand because we were “numbers people.”  It’s easy to look at Social Security’s financial reports and see that more money goes out than in.  Obviously, the funds will run out, right?  Not so fast!

We can’t forget what I like to call the “Ego Factor” when considering a question like “Will Social Security run out?”  It’s hard for me to admit, but the math involved in planning our lives is not always black and white.  It is often a shade of gray.  That’s why they say financial planning is a combination of art and science(economics).  When you add politics to the equation, our hands can get quite dirty trying to find a solution.

I have a lot of faith in people and believe we want to help each other.  However, self-preservation will normally affect the choices we make.  Human beings aren’t perfect and never will be.  If we were, then Jesus wouldn’t have had to come and die for us.  I’m not saying this to accuse anyone, but to defend my point. 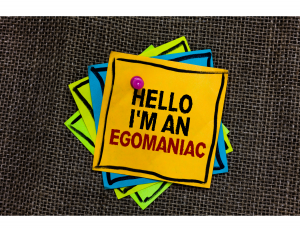 Politicians do many things to help us and I believe good intentions lead them into office.  However, they naturally start to embrace the luxurious world of politics even with all of the stress, especially at the Federal level.  This is nothing new as Adam Smith spoke about the

unnecessary spending on luxury in politics in his book, The Wealth of Nations, which was written in the 18th Century.

We can’t really say politicians run for re-election out of the need for self-preservation.  Most are already wealthy and do not need the job.  They could easily return home and live the rest of their life out of the spotlight, which they rarely do.  Therefore, I think we can safely assume it is the ego leading them to stay in office.  There’s little chance a politician will risk their career by completely doing away with the Social Security program.  That’s why I believe a program like Social Security will always exist in some form.

Why is Social Security important to your financial plan?

One point is your employer-sponsored retirement plan, such as a 401(k).  Another point is the payments we assume to receive from Social Security or a similar program.  The final point is your personal resources, such as savings accounts and IRA’s.  Of course, we would love for all three to carry equal weight in our retirement plan, but it rarely works out that way.

Understanding Social Security is so important in our financial plan because it may be the most accurate assumption we can make for retirement funding.  We can also maximize the amount we plan to receive by making decisions before receiving Social Security benefits.  Do we want to start collecting early, at full retirement age, or later?  Do we want to use our employment record or our spouse’s employment record?  We may even be able to use a spouse’s employment record from a previous marriage!  All of this needs to be considered during the planning process.

After considering your options, we can assume the amount you’ll receive from Social Security each year in retirement.  It’s even indexed for inflation, which makes my math easier!  Using that number, we can decide how much more we’ll need from your employer-sponsored plan and your personal accounts in order to give you the best chance of achieving your retirement goals.

No, nobody enjoys paying taxes and this includes Social Security taxes.  Let’s not forget that your employer usually pays half of your Social Security taxes, so it could be worse.  Some people would like to abolish the Social Security tax, arguing that we could use the extra money to manage our own retirement funding.  If life were that simple, then I would be all for this idea.

However, can we honestly say that we would make those contributions?  Think about it.  We would have to contribute 12.4% of our salary each month to match what we (and our employer) pay in Social Security taxes.  Are you willing to do that?  Before you say yes, remember that many Americans don’t contribute 3% to their 401(k) even with the incentive of the employer matching the contribution.  The boss is giving you FREE BONUS MONEY if you’ll just save 3% in a retirement fund and people still don’t do this.  Do we really expect everyone to put four times that amount into a retirement account if there were no Social Security taxes?  I’m probably the most optimistic person you’ll ever meet, but even I can’t see that happening.

Not to mention investing always has risks, so your fund may end up being less

than you expected.  It’s nice that we can know, with a fair amount of accuracy, what we can expect to receive from Social Security when we start receiving benefits.

I hope that by using this perspective you can see why Social Security is such an important for your financial plan.  Maybe you’ll feel a little better about paying the tax as well.

Will Social Security run out?  What can you do?

First, we must get passed the argument of “Social Security not being there when we’re eligible.”  We may not like it as the system DEFINITELY has issues, but complaining when there aren’t real solutions isn’t productive.  Just because we don’t agree with how a program is managed doesn’t mean we shouldn’t use the resources available as part of our retirement plan.

Will Social Security run out?  My professor’s theory may be wrong, but that just means we should pay even more attention to it.  If we lose this point of the retirement savings triangle, then I would argue we better start saving more for retirement.  Saving is hard. 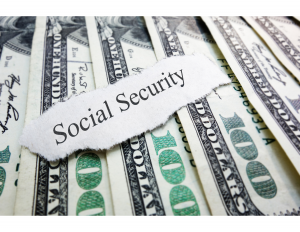 If you can’t afford to save large amounts at a time, then you need more time to save smaller amounts.  Let compounding interest work for you by maximizing your greatest asset, time.  Stop wasting it complaining.  Everyone already knows the Social Security system has flaws.  You can either dwell on the problems or maximize the resources available to you.

Furthermore, we must make sure that all of our work counts on our employment record.  If extra savings for retirement is difficult in your situation, then you must maximize your other resources, such as Social Security.  In order to figure out your benefits payments, Social Security looks at your income over your career.  It’s almost like a service record.  Of course, Social Security emphasizes certain years in their decision, but we should still be attentive to every year.

That means we must stop trying to “hide” our income.  All of those little jobs we do “under the table” still matter.  Tax free income may seem like a bonus now, but think about the future.  Are you saving that money?  At least by reporting all income we have the chance of increasing the amount of Social Security we receive during retirement.  Sounds like an investment in our future to me.  This is a small thing we can do to try and maximize the resources available to us in retirement.

Financial planning is all about, well, PLANNING.  Including Social Security in some of the scenarios in your financial plan is very important.  You also need the contingency plan just in case the fear mongers are right and Social Security runs out.  Hopefully, Social Security will be a part of our future, but extra resources would never hurt.  It’s better to have it and not need it then need it and not have it.

Getting older is a blessing.  It may not feel like it, but it is.  Who cares if you can no longer do the things you did when you were 18 years old.  You’re probably a lot more interesting now than you were then anyway.  Go ahead and put in the time and effort now, so that you can live those golden years in comfort.  If you need an example, look at your parents.  It’s hard watching them age, but it’s comforting to know they have the resources needed to handle daily life.  Now imagine yourself in their position.  Will your children see someone who planned for the future or will they have to watch you struggle?

We want to give our kids everything.  Why not give them the peace of mind knowing that their parents planned for the future?  If you don’t want to do retirement planning for yourself, then do it to help your kids worry less about you.  Let’s get started!  Email me!