My Vote My Money

Which way should you vote to help your financial plan?

Unfortunately, there’s not really a clear answer.  All politicians say they have a plan or they’ll go into Congress and fight for us.  We’re all supposed to drink that Kool-Aid, fill out our ballot, and wait for them to bring prosperity to our lives, right? 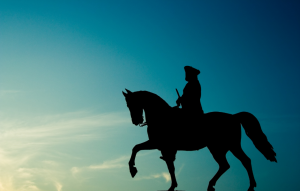 Every two years we hear the same messages FROM MOSTLY THE SAME PEOPLE, but I know I still face struggles.  Don’t you?  Please understand I love my country and believe in government.  Our leaders deserve our respect, but they don’t need our worship.

The last politician that rode in on a white horse as a hero was George Washington and I doubt he would participate in the mess we call politics today.  My favorite part about elections is when they’re over!

My vote my money:  I loathe political commercials for many reasons.

First, candidates rarely tell us what they’re about.

They tell us how evil their opponent is and why we can’t let them win.  In any other job do applicants go in and talk about their competition?  No!  They try to get the job based on their own merits.

I firmly believe this was why Hillary Clinton lost to Donald Trump.  Sure, I could’ve gone to her website and read her plan, but how many of us actually take the time for that?  Honestly, all I remember about her campaign was that she didn’t want Donald Trump to win.

Second, these negative commercials just continue to divide us.

Sometimes I think that’s what the politicians want anyway because a divided group is easier to influence.  Lions don’t attack a herd that is protecting themselves, they wait for the group to break.  When political commercials focus on fighting to keep the other party out of power, we start hating the other team.

I’m not a fan of lawmakers treating my life like a college football game.  I don’t care what color they 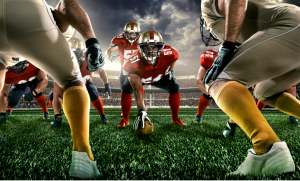 wear.  I want them working together on my behalf, as my representative, to keep America as the land of opportunity.  That’s the job, right?

Washington, D.C. cannot win the battle between good and evil.  Though they may think they are, they are not God.  Not to mention they can’t even agree on what is good and what is evil.  It’s hard to defeat an enemy when you can’t identify the enemy.  Fortunately, Jesus already won that battle for us, so we just have to endure until He returns.

Finally, I am a capitalist.

There’s no denying it and I’m not ashamed of it.  I love to see people develop successful companies from their ideas.  People can say what they want about big businesses, but at least they know not to bash their competition.  If they did, they would be sued!  I would love to see politicians have a little bit of that respect for each other.

I want politicians to do their job and stay out of my way.  They want to act like college football rivals, so let’s stay with that analogy.  A politician should be like a referee.  They make sure the rules are followed and they stay out of the way.  I’ve always heard that if you know the referee’s name, then you’re watching a bad game.

I know more about our representatives than I do about my neighbor!  Serving your country is not about gaining celebrity status, just ask any one of the forgotten millions who have served in our military.

My vote my money:  What should we do about it?

Miracle is one of my favorite movies.  It’s about the 1980 USA Olympic Hockey Team.  Coach Herb Brooks, played by Kurt Russell, had a plan to beat the supposedly unstoppable Russian team.  He pushed the Americans to their breaking point in practice, so he would know how far they could go.  Why?  “Because the legs feed the wolf!”

Brooks believed that everyone lost to Russia because they sat back in a defensive style.  They believed the best way to defeat them was to defend and wait for mistakes to become opportunities.  The problem with that was there were no mistakes as the Russians played a perfect game.  Think of the best team in any sport you know; the Russian hockey team was better!

During the movie, Brooks was speaking about Russia during a team meeting.  He said, “You don’t defend them.  You attack them.  You take their game and you shove it down their throats because you can!  The team that does this is the team that finally takes them down.”

Do you have chills?  I do!  Spoiler alert, the Americans win.  If you haven’t seen the movie, that’s your homework assignment.

When I look at our retirement accounts, I believe we have to operate in a similar way.  We can’t sit back and wait until the situations are perfect.  You’ll be waiting an awfully long time if you do!

My vote my money:  Every two years there are elections.

During every election there will be an issue where we are again forced to pick between “good and evil.”  On top of all of that will be the natural real world economic issues faced by citizens and businesses. 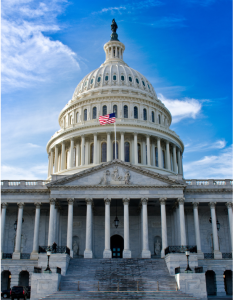 There will never be a perfect situation for us in which to invest.  There will always be risks, which is why investing typically yields the highest returns over time.  As the saying goes, “If you want big rewards, you must take big risks.”

Of course, we can mitigate that risk through diversification and place your investment in a portfolio aligned with your risk tolerance.  However, that can’t be done without you taking the first step.  A baseball player may strike out or hit a home run, but nothing will happen until he steps in the batter’s box.

When we invest in our retirement, we first must have the courage to start.  Then we’ll need the dedication to stick to our plan for the entire accumulation period.  If we plan to invest $500 each month, then we must do it regardless of market conditions or which party is in office.

That is the way we defeat our metaphorical Russian hockey team, which is financial independence.  Financial independence means that you have enough resources where you don’t have to rely on anyone for your wellbeing.  How great would that be?  Of course, politicians don’t want you to reach that point because they want us to need them.

My vote my money:  Politicians continue to use fear as the motivator.

People with disabilities deal with this daily.  We get assistance from the government, but are constantly reminded how we could lose that help at any time if we have too many resources.  I don’t want anyone to live under that type of pressure.

Life is hard enough with the choices we have to make each day.  The last thing anyone needs is the government telling them how much money they can make.  When you reach true financial independence, you won’t have to worry about rules like I face.  I can’t wait until I can write a letter to the Social Security office and tell them thank you for their help, but I no longer need them.  What a great day that will be!

Yes, more success will normally lead to a higher tax bill, but you can’t be afraid of that.  Nobody enjoys paying taxes, but wouldn’t it be nice if that was your only real worry in life?  Not having to worry about losing your job, feeding your family, or getting evicted.  That’s financial independence!

My vote my money:  Your mindset matters!

In Numbers 13 and 14, Moses and the rest of the people of Israel were very close to the end of the quest to find the Promised Land.  Moses sent scouts ahead to see what enemies they may face on the final leg of their journey.  All but two of the scouts returned with a fearful message.

They said there was no way they could defeat the large armies that stood in their way.  They were able to begin a rallying cry that they should return to Egypt.  Yes, they would again be slaves, but they would be alive.  After all they had gone through on their journey, including escaping slavery, fear almost led them to give up.

Fortunately, the two scouts reminded them that God was on their side.  He promised them this “land of

milk and honey.”  They knew God is faithful and he would help the people get through this final trial.

I think we should remember stories like this as we journey through our lives.  Moses led the people through the desert for 40 years.  Isn’t it interesting that we normally work around 40 years before we retire?

The time where we work is called the accumulation phase because that is when we accumulate resources.  Part of that is supposed to go into our retirement account, regardless of whether your employer provides one or you start your own.  I can’t promise it will be easy, but it’s work that must be done.

My vote my money:  Conclusion

Successful people rarely blame others.  Placing blame on someone else is easy.  Successful people normally face their trials and find solutions because they know the results can be worth the challenge.

I want to be successful and I want you to be successful.  We can’t afford to wait for our favorite team to control Washington, DC.  They’re all going to keep repeating the same message.

Forty years from now, the only people who may care about who was Speaker of the House in 2022 will be Jeopardy contestants.  Remember, these people are not God.  What will matter 40 years from now is how comfortable our lives are and, yes, that starts with us.

The stock market has typically liked consistency, so it may calm down if opposite parties are in Congress and the Oval Office.  This is because it could be more difficult to pass these life-altering laws that terrify us in political commercials.  Apparently, these party changes in midterm elections are common, so political promises must rarely come through.

That doesn’t mean I’m telling you which direction you should lean in your voting.  I really wish we didn’t have to factor our money in our vote, but it’s only natural.  You should vote with what your heart and mind tells you.  Don’t base it only on a fearmongering commercial.

However, I am telling you that waiting for the right situation to start planning for your future is dangerous.  Time is your greatest asset; use it!  Regardless of how this election ends, the sun will come up the next day and we’ll still need to plan our future.

Email me and let’s get to work!