Why I Love Being a Financial Advisor in Goldsboro

It can be hard finding a financial advisor in Goldsboro and the surrounding towns in Wayne County, but I love our community.  Advisors make most of their income from managing a client’s investments, so if there aren’t assets to manage, it can be difficult to make a profit.  It becomes a numbers game, which leads to the minimum account sizes clients have to have in order to work with a financial advisor.

It’s not always easy being a financial advisor in Goldsboro.  In the past, I’ve written about Goldsboro being considered one of the poorest cities in the country and how I saw advantages in that report. Yes, there are many cities where I could find more assets to manage, but Goldsboro is home.  Well, home is actually Pikeville, which is just north of Goldsboro, but it’s still Wayne County.  I believe the people of Wayne County are our greatest asset!

When I look back on my life growing up with a disability, I know that the kindness of my community was a major influence in helping me become who I am today.  I love being able to repay that kindness by helping my community pursue their reasonable financial goals.

When I think of my community, I’m reminded of Mark 2:1-12.  Yes, Jesus healed the man, but the man’s friends gave him the opportunity to see Jesus.  I imagine the man was so thankful to his friends that he helped them whenever possible.  Here’s the story:

2 And when he returned to Capernaum after some days, it was reported that he was at home. 2 And many were gathered together, so that there was no more room, not even at the door. And he was preaching the word to them. 3 And they came, bringing to him a paralytic carried by four men. 4 And when they could not get near him because of the crowd, they removed the roof above him, and when they had made an opening, they let down the bed on which the paralytic lay. 5 And when Jesus saw their faith, he said to the paralytic, “Son, your sins are forgiven.” 6 Now some of the scribes were sitting there, questioning in their hearts, 7 “Why does this man speak like that? He is blaspheming! Who can forgive sins but God alone?” 8 And immediately Jesus, perceiving in his spirit that they thus questioned within themselves, said to them, “Why do you question these things in your hearts? 9 Which is easier, to say to the paralytic, ‘Your sins are forgiven,’ or to say, ‘Rise, take up your bed and walk’? 10 But that you may know that the Son of Man has authority on earth to forgive sins”—he said to the paralytic— 11 “I say to you, rise, pick up your bed, and go home.” 12 And he rose and immediately picked up his bed and went out before them all, so that they were all amazed and glorified God, saying, “We never saw anything like this!”

There are many stories like this in the Bible and it’s easy to focus on the healing because it is wonderful, but we always need to look around the healing as well.  The healing may not have ever happened if the four men did not help their friend.  We have to help each other.  However, as with many things, we have to find a balance.  When we rely too much on others, we can become complacent with our situation and never move forward.  A perfect example comes from John 5:2-9:

2 Now there is in Jerusalem by the Sheep Gate a pool, in Aramaic called Bethesda, which has five roofed colonnades. 3 In these lay a multitude of invalids—blind, lame, and paralyzed. 5 One man was there who had been an invalid for thirty-eight years. 6 When Jesus saw him lying there and knew that he had already been there a long time, he said to him, “Do you want to be healed?” 7 The sick man answered him, “Sir, I have no one to put me into the pool when the water is stirred up, and while I am going another steps down before me.” 8 Jesus said to him, “Get up, take up your bed, and walk.” 9 And at once the man was healed, and he took up his bed and walked.

Here lies a man who has basically learned how to live in a tough situation.  Jesus speaks to him and all he can focus on is the fact nobody will take him to the pool.  He doesn’t even think about the fact that Jesus can heal him with a few words, but that nobody will do the work for him.  It’s easy for us to want to have a better life, but we have to put forth the effort.  EVERY. SINGLE. DAY. 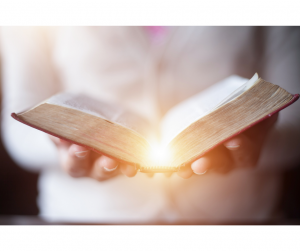 Before I became a financial planner, I worked with Wayne County 4-H.  I was the budget analyst for the Afterschool Program.  We didn’t have our own facility, so we partnered with individual schools.

A principal introduced me to the term generational poverty.  Of course, financial advisors try to avoid having clients that are close to poverty, so little is understood about navigating the options available for receiving assistance.  As our country becomes more divided, the unproductive “us versus them” mentality continues to spread.  Of course, that mentality spills over into the rich versus poor controversy where our “hard-earned money is taxed to pay for people who are too lazy to work.”  We’ve all seen those comments on our social media feeds.

Yes, there are some bad apples who have manipulated the system.  It’s easy to focus on bad apples because human beings love drama.  That’s why we have a million Law & Order type television shows!  However, we must understand that for every bad apple, there are people who have changed their lives because they were able to receive assistance for a period of time.  In order to find the good apples, we have to stop and see the entire orchard.

Unfortunately, like all the things, assistance programs are affected by the Law of Diminishing Returns.  An economics term, but the easiest definition I found on Google was from Oxford Languages:

The Law of Diminishing Returns states that profits or benefits gained from something will represent a proportionally smaller gain as more money or energy is invested in it.

For example, as a person with a disability, I know from experience how Medicaid can be a huge help covering medical expenses.  So, for me, the program has provided high rewards.

However, these benefits can become a hindrance when fear of losing them keeps us from moving forward.  I’ve spoken many times on the crippling restrictions involved with assistance programs, most of which may have evolved because of bad apples taking advantage.  However, many of us are not taking advantage, but we are stuck. 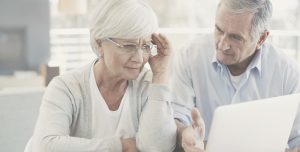 If I were to take a full-time job, the probationary period could be deadly.  I cannot risk being without health insurance for 90 days.  Sure, there may be ways around this problem, but every person with a disability is not a lawyer, nor do they have the time or energy to understand the ins-and-outs of all of the rules for their programs.  Instead we stay where we are in the fear of losing what we have.  I’m sure all people can relate to feeling this way, whether you are on assistance or not.  Someone can be stuck in a miserable job or relationship, but starting over is scary.

I think a part of the generational poverty dilemma in Goldsboro and Wayne County is caused by similar feelings.  If our parents’ parents lived a certain way, then our parents learned to live the same way.  Then they teach us and we continue the cycle.  Notice I’ve not said anything about people being taught “laziness” or how to “leech off of the government.”  What if many people receiving assistance aren’t trying to “take advantage” of anything, but are actually stuck in the only life they know?

I actually agree with politicians on one point – education is key.  Knowledge really is power because it helps you create your own opportunities.  However, politicians could help by updating the rules of their programs.  For example, let’s assume someone gets a job opportunity making $15 an hour.  One month of work puts them over the income restrictions.  Maybe they have a disability and discover they can’t do the job.  Can they get back on assistance?  Will they be back on the waiting list for housing?  Is it worth losing everything to try working?  These are the real questions someone like me would have to ask.

What is the solution?  I’m not sure, but I do know we can’t live our lives waiting for others…regardless of whether you are on assistance or not.  There are some things we can do to break the cycle of generational poverty and get unstuck ourselves.

First, we can work on building our credit.  Everyone needs to do this!  Aren’t you tired of having your parents cosign your loans?  For many, the problem is not bad credit, it’s that they have no credit.  The proper use of a credit card can go a long way in helping you build credit.  Unfortunately, past experiences of others have made people afraid of credit cards, so they use debit cards instead.  Yes, the debit card is still paying the bill, but you’re not building credit.  I’m not a fan of debit cards at all.  Ask my clients.  The proper use of credit cards is a cornerstone of my Basic Financial Planning program.

Furthermore, we must stop trying to hide.  Instead of getting paid “under the table,” reporting earned income on our taxes can actually help our future.  By increasing your reported income, you contribute more to society, which can increase the amount you receive from Social Security.  This topic is too broad to cover here, but contact me to learn more.  Did we just do some retirement planning without realizing it?  Yeah buddy!

When success knocks on your door, you must be prepared to answer.  These steps can help create the foundation needed to move forward.  The question is, do you want to get better?  Don’t get defensive with me, those are Jesus’ words…good luck being mad at Him! 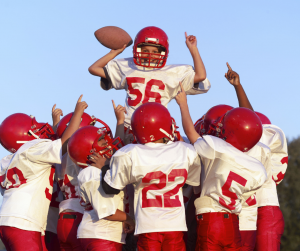 Can we all eventually find some success in Goldsboro?  I believe so.  Leaving is easy, but staying home and being a part of your community’s future growth is an awesome feeling!  And yes, I do believe Goldsboro and Wayne County can grow.  COVID has already created a shift where people are moving out of cities into more rural areas, especially with the technology available to work from home.  With our low cost of living, Goldsboro and the surrounding areas become appealing to people as they start to see less value in the more expensive cities.

Why do I love being a financial advisor in Goldsboro?  I can help great people pursue their reasonable goals while being a part of a very special community.  Are you ready to make a plan?  Let’s get started!