What is Modern Monetary Theory?

Honestly, I didn’t know!  I kept hearing it in the news as it has become a buzzword, similar to transitory inflation.  Who says the word transitory in daily life?  Apparently, it means temporary.  Maybe the population wouldn’t freak out if the media just said the experts believe this spike in inflation is temporary, but hey fear keeps the ratings high, right?

As I am learning about Modern Monetary Theory, I can see why there are so many critics of it because it does eliminate some fears that we face in daily life.  For example, will the Government come after me to pay off the federal debt?  Yes, there is a real fear that we’ll all have to give up our savings to pay for Uncle Sam’s spending. 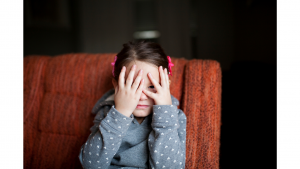 Modern Monetary Theory is just that, a theory.  The cool thing about economics is that there are many theories and all have dedicated followers.  Smith followers may disagree with Keynesians, while others believe John Nash (the guy played by Russell Crowe in A Beautiful Mind).  Warren Mosler introduced us to Modern Monetary Theory in 1993…some “new” buzzword, right?  Thirty years later!

Any time I read a business, economics, or financial book, I try to think from the perspective of my clients.  Then I can use the knowledge gained to help them.

Recently, I read and loved Stephanie Kelton’s book, The Deficit Myth: Modern Monetary Theory and the Birth of the People’s Economy.  I’m not saying it made me a Modern Monetary Theorist, but there are many points in the book that make a lot of sense.  Kelton does a great job explaining her points as well, which should make anyone comfortable reading her book.  You don’t have to be a business nerd.

Also, those of you interested in politics would love it.  Kelton does a great job not being too liberal or too conservative in the book.  Her purpose was to argue for Modern Monetary Theory, not for any political party.  She seems like me in that she is frustrated by all of the lawmakers in Washington, DC.  They’re priority will always be votes.

Kelton’s first and main argument is that we cannot treat the Federal Government like a household.  The government just can’t be added up simply like a household account.  Sure, you can see the numbers, but it’s just too much and the policies change with the moods of the people.  Can you imagine analyzing that bank statement?

I’ve believed that philosophy since a finance professor told me that Social Security would never end.  I’ve written about this before.  Remember, no politician wants to be the one who puts a widow on the street by cutting her Social Security.  It would be political suicide!

Where did the money for the COVID stimulus checks come from?  As a society, do we really think the 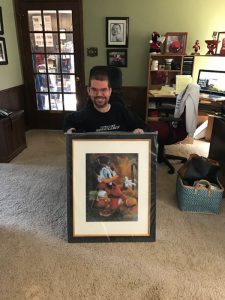 Federal Government has a giant money bin like Scrooge McDuck (my first financial role model) that they only open during emergencies?  Of course, that’s how we operate our household, minus the money bin.  We save for emergencies.  However, the Federal Government can’t operate that way.  They can create their emergency funds with a keystroke, similar to a journal entry in accounting.  Why is that possible?

The Government can operate this way because they are the Currency Issuer.  They have a monopoly as the only legal suppliers of the US Dollar, which is pretty much the standard currency of the world.  A few other countries have this power because they control their own currency, but let’s just focus on our United States.  Don’t worry, there are safeguards via taxes and inflation, but I won’t bore you with the details.

Unfortunately, everyone else, including local and state governments, are Currency Users.  Basically, we have to work for our money, we can’t just print it.  When our funds run out, we must find a way to earn more.  It stinks, but that’s just how life is.  Complaining about it gets us nowhere, so what can we do?

There are many things to be afraid of in this world, so I would love for us as individuals to stop worrying so much about the national debt.  Yes, it’s a huge number, but as with my Social Security argument, do you ever really think a politician would come to your house hat in hand telling you to pay your part of the debt?  That’s the fastest way to lose a vote and what are the politician’s priorities?  VOTES!

If we’re really worried about our country collapsing, then why do we all chase Federal jobs?  Contract workers love applying for Government contracts because they know Uncle Sam will always pay the bill.  Employees willingly accept lower pay in these positions because they are one of the few employers who still promise a pension in retirement.

Don’t you think the pension promise also contributes to the debt?  After our soldiers risk their lives for 20 years, are their pensions just going to disappear?  Of course, anything can happen, but the odds of the Government taking away the pensions of all of these voters is extremely low.

Let’s look at our own money.  Your bank account may be insured by the FDIC, so you face no risk by letting the bank hold your money.  However, if all of the banks collapsed, there is no giant warehouse of money to cover all of those “FDIC insured” accounts.  Surely our politicians would find a way to make sure we all got our money back.  Of course, that would increase our national debt even more.  Are you willing to give up your “safe” savings? 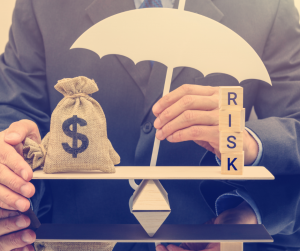 Our investment accounts, such as 401(k) retirement accounts, normally contain United States Government bonds.  Known as treasuries, these are considered “risk free” investments that pay you interest.  Even when your investments are in “cash” they are normally in short-term treasuries.  Simply put, you are contributing to the national debt because the United States are borrowing from you.  Are you willing to give up that interest or invest only in riskier assets to help lower the national debt?

Fear is Our Enemy

It’s normal to be concerned about the people who run our country.  After all, they rarely give us any reason to trust them.  However, it’s also dangerous to place these people in a position to be the hope of our wellbeing.  They will never solve all of our problems.  Support any candidate you prefer, but don’t go much further than that.  There is only one Savior and He is not a fan of His people creating false idols.  Our founding fathers understood this concept.  Thomas Paine even used idolatry in his argument against creating a monarchy in Common Sense.  Lucky for us, they created a Checks and Balances that should never allow someone to have too much power.

I may not have much faith in current politicians, regardless of their party, but I will always believe in the American Dream.  I refuse to let fear prevent me from chasing my dreams, nor will I allow fear to prevent me from helping others pursue their dreams.  Nothing will ever be perfect, especially in politics, but we can’t let that noise paralyze us.

I hope that a little understanding of how things work, according to Modern Monetary Theory, will help us realize things like the national debt are probably not going to cause the world to end.  We must continue moving forward!

Modern Monetary Theory is not Socialism 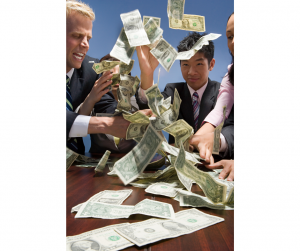 Finally, Modern Monetary Theory is not some free for all where everyone just spends without consequences.  I think political parties try to spin it that way, which is easy to do considering the safeguards are taxes and inflation.

Any time we hear those words, we blame the politicians.  Then they blame the other parties.  Then their arguments trickle down into our lives and we start blaming each other for our struggles.  Suddenly, we disagree with our friends and neighbors.  Then apparently Hitler is back from the dead and the world is ending.  It’s all very unproductive.

Much of the discord comes from only hearing half of a story.  For example, Kelton mentions a job guarantee, which I can see many argue as socialism or handouts or whatever.  However, if you listen to her entire argument, it makes a lot of sense.  Instead of just throwing money at a problem, it partners with local communities.  Then nonprofits, churches, and other community organizations can receive funds and hire unemployed people for temporary jobs.

When I managed my nonprofit wheelchair hockey program I would have loved to have that!  Finding volunteers is hard!  Raising money is hard!  The job guarantee could help solve that problem for many community organizations, which would allow them to focus on their mission instead of trying to make payroll each month.  Not to mention it would help people gain training for their next job.  That sounds like a good investment to me.

I honestly hope Modern Monetary Theory holds true because it would help everyone calm down.  With economics, unfortunately you do have to wait and see what happens.  In chemistry, you can mix two elements and experience the results almost instantly.  In economics the results may not truly be found until the next generation.  Again, Modern Monetary Theory was introduced in 1993.  Instant gratification does not work here!

All we can do is our very best and look forward with hope.  I guess I’m in the Adam Smith camp in that I believe humans will look out for themselves first.  They will work harder when motivated by the hope and expectation of improving their situation.  It doesn’t mean they are selfish.  There is nothing wrong with ambition, as long as your ambition doesn’t hurt others.  Hurting others just to get ahead more quickly is not only selfish, but it’s also lazy! 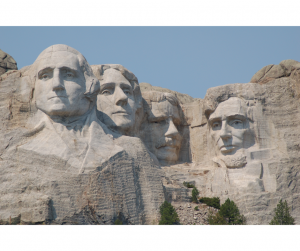 By having a financial plan, you can be better prepared for the future.  Pursuing goals give you the hope and motivation to improve your life.  No, I can’t guarantee we’ll reach your goals, but the peace of mind of a plan is valuable.  One thing I know for certain is that your future is coming.  Do you want to take some control and plan for it or do you want to wait on your politicians?  Email me and let’s get started!